Experience the alien aesthetics of white gesso canvases and broken pixels! Rich in otherworldly colors, HIDDEN:TREASURE contains a strange world of vision that is awe-inspiring, beautiful, and at times utterly baffling. A realm of dissonance and veiled symbology, created by one of last classical outsider artists and pioneer of the “looking glass”-technique.
Through a combination of acrylic paints and photography, Wollrath produced this series of 64 mysteriously bizarre scenes of abstract dreams and prophetic fantasies which seem to have been picked right out of the modern unconsciousness: hints of proper-looking women trying to exist, serpent-headed creatures lingering in a multicolored darkness, sunken mirrors reflecting broken light, and walking stairways spinning though an infinite void. A cornucopia of contemporary surrealist art, with the photographic process erasing any signs of the initial painting process, while adding the distinct textures and optical distortions found behind plastic lenses.
This unabridged publication contains the full catalogue of works released between 2000 and 2012,
most of which have never been seen outside of private collections and rare exhibits across Europe,
were only a small selection of works were circulated in a series of five pamphlets of fewer than 100 copies, that have never been reprinted before this present edition.
Presented in true SUGGAR MOMMY quality: Extra thick paper, no show-through, no discoloration, with a fine stitched binding that will neither crack or split - A book made to last.
inkl. 7.0% MwSt. zzgl. Versand
Produkt aktuell nicht verfügbar 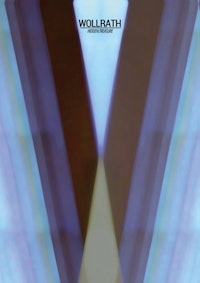